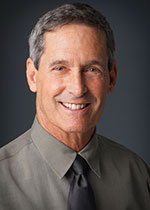 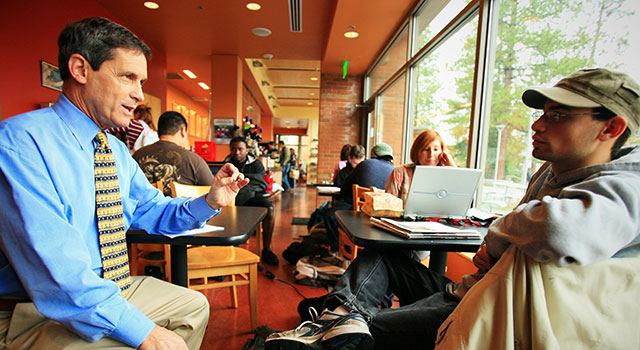 “From Them to Us: The Applegate Partnership” (coauthored), in Jonathan Kusel (ed.), Forest Communities, Community Forests: A Collection of Case Studies of Community Forestry, Rowman & Littlefield Press. Lanham, MD, 2003.

“Damned If You Do: Exploring Paradox in Environmental Collaborations,” Chronicle of Community. November 2000.

“The Applegate Partnership: A Case Study” (coauthored with Victoria Sturtevant), paper completed under a grant from the United States Forest Service (PNW), 1995.

“In Defense of the Earth: The Outrageous Acts of Earth First!” panel presentation on Millenarian Discourse at the annual Speech Communication Association Convention, Chicago, IL. November 1990.

Referee, submissions to the Western Journal of Speech Communication.

Referee, competitive papers for the Conference on Communication and Our Environment, Alta, UT; Big Sky, MT.

Panelist, “Humankind and the Environment: Resolving Conflicts over Natural Resources,” panel presentation to the National Conference on Peacemaking and Conflict Resolution, Portland, OR. May 1993.

Coordinator, “Studying the Feasibility of an Accelerated Baccalaureate Degree” at Southern Oregon University. $189,000. Fund for the Improvement of Post-Secondary Education (FIPSE), 1996–1998.

Co-Principal Investigator, Study of the “Group Dynamics and Community Context” of the Applegate Partnership. $25,000. US Forest Service (PNW), 1994–1995.

President and Chair, Board of Directors, Resolve: Center for Dispute Resolution and Restorative Practices, 2014–present.

Member, Board of Directors, California Center for the Resolution of Environmental Disputes Humboldt State University, CA, 1994–1995.

“The Human Side of Ecosystem-Based Management,” US Forest Service and Bureau of Land Management, 1994.

“Debate on the Issues,” “Debate” between the three candidates running for the Democratic nomination to run for Congress, Oregon Second Congressional District, 1986.

“Conflict Management,” presentation to the Society of Human Resource Managers, 2012.

“Civility, Democracy, and Conflict,” presentation to the SOU/Ashland community, 2011.

“The Most Fundamental Yet Easily Forgotten Principles of Conflict Management,” speech delivered to the Society of Human Resource Managers, Rogue Valley, 2005.

“Collaborations and Partnerships: Group Process Issues,” Lewis and Clark Executive Seminar Program on Community Based Ecosystem Management in the US and Pacific Rim, 1994.

“Case Study in Environmental Conflict: The Battle for Old Growth,” Friends of the Library, 1993.

“Refusal to Compromise and Earth First!: A Case Study in Environmental Advocacy,” Presentation to the SOSC Humanities Faculty Seminar, January 1990.

“Communication and the Environment,” speech to participants in Earth Day Activities, Ashland, OR, April 1990.

“Gender, Language, and Behavior,” presentation to the Women’s Studies Across the Curriculum group, November 1990.

“Trust Everyone … but Cut the Cards: Negotiations for the Twenty-First Century,” speech to the Medford Rotary Club, 1989.

“The Art of Gentle Persuasion,” presentation to the SOSC Career Congress, Medford, OR, 1989.

“Earth First!: An Ethnographic Report in the Rhetoric of No Compromise,” presentation to the University of Massachusetts Department of Communication faculty and students, 1988.

“Effective Presentations,” speech to the Oregon Dietetic and Nutritionist Association, 1987.

“Some Considerations in Communication,” presentation to the Administration Management Team, SOSC, 1987.

“Giving and Getting,” Speech to Kickoff Breakfast for local United Way Campaign, 1986.

“Do Men and Women Speak Different Languages?” and “Sexism in Language: Does It Really Make A Difference?”, Speeches in the Ascension Lutheran Church Educational Forum Series, Medford, OR, 1986.

“The Squeaky Wheel Gets the Grease, but Who’s Driving This Truck Anyway?,” Keynote Address in Medford Chamber of Commerce Leadership Seminar Series, 1985.

“Negotiations: The Long and the Short of It,” speech to the Women Executives of Oregon Association, 1985.

“Things I Wish I Had Known,” welcoming address to incoming SOSC freshmen, 1984.

“Managing Communication in the Organization: An Introduction,” speech to the Oregon Association of School Business Officials, 1984.

“Why SOSC?” Address to Prospective High School Students and Parents, 1984.